The most important consequence of antiscale devices application is heat exchange intensification that leads to reduction of heat carrier flow rate. This, in turn, means reduction of heat and hydraulic losses and energy carrier and electric power savings. Moreover, adoption of «Acoustic-T» devices provides:

Quantity that characterizes performance of a particular heat exchanger is the heat transfer rate. To determine value of the heat transfer rate instrumentation installed at heat stations is not enough, however, analysis of changes in some parameters monitored at heat stations gives an opportunity to make a qualitative assessment of heat exchanger performance.

Comparison of overall performances of different heat exchangers is only correct subject to a set of conditions, among which equality of their attached loads, heat exchange surface areas, supply water temperatures at the heat supply station inlet and output temperatures of heated water are basic ones. Of course, such assessment of overall performance of heat exchangers in HWS system is only possible in summer time, when the heating system is off, because supply water flow rates and temperatures are recorded for the entire heat supply station.

All these requirements were fulfilled by experts of Koltso-energo, LLC, when they equipped plate heat exchangers of HWS systems with acoustic antiscale devices in Moscow. At different times, heat supply stations were equipped with electromagnetic meters of heat quantity and "Acoustic-T" devices. Plots show specific flow rates of the heat carrier for three heat supply stations, one of which was equipped with acoustic antiscale device of "Acoustic-T" series (Heat Supply Station located at the address of Zorge Street, 6 – shown in red on the plots). The heating system was switched off and on in April and in October, respectively, and the heat quantity consumed in these systems is much higher than that in HWS systems. Contrary to HWS, heat loads of heating systems for these heat supply stations are different. Similar results were obtained by comparison for the rest heat supply stations. In all HWS heaters using "Acoustic-T" devices, specific heat carrier flow rate is by 10-30 % lower than in control units, not equipped with antiscale devices. 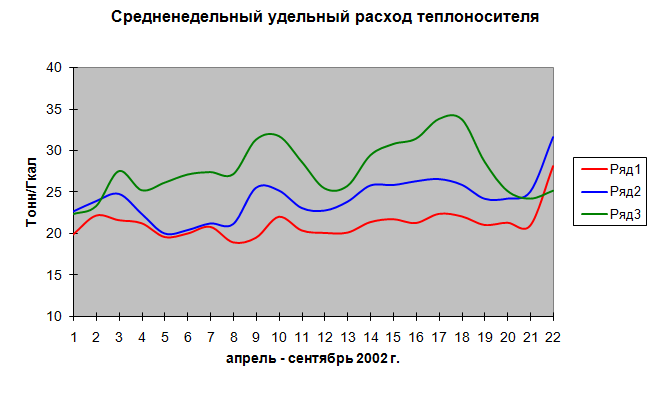 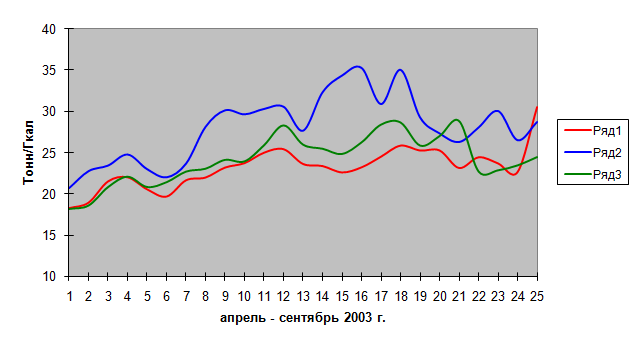 A significant dispersion of specific heat carrier flow rates in control HSS for heaters of the same type and heat exchange surface areas and connected loads indicates their different contamination degrees. Head difference of heated water is one more parameter for determination of heat exchanger contamination degree.
Thus is was shown experimentally that these heat supply stations not equipped with antiscale devices provided excessive consumption of heat carrier of 2.5 to 8 tons per every Gcal of heat produced in domestic hot water system. Heat and power losses are proportional to this excessive consumption. 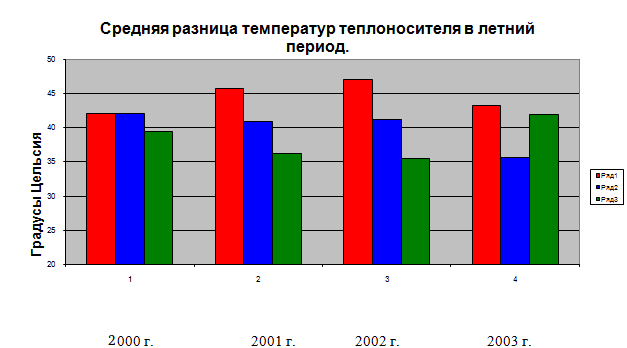 Adoption of consumers to metering and paying for actually consumed heat quantity makes the heat transfer rate of heat exchange equipment the economic parameter, and active adoption of energy-saving technologies guarantees success for companies that generate and sale heat energy.